1' di lettura 17/06/2015 - Senigallia hosts the XIV edition of the European Music Festival: from June 19th to 21st Senigallia town center turns itself into an open air stage for professional and amateur musicians.

Music has always been considered an universal language; a language that is able to speak to anyone no matter his or her origins, beliefs or race. This is the though that has inspired the European Music Festival that for its 14th edition has chosen the slogan "Music makes you free".

And music will be the common denominator of the 3-day-international festival that from June 19th to June 21st is going to embrace seveal towns from all over the world.

Among them, also Senigallia is going to host the festival by opening its most famous spots to the sound of music: the Foro Annonario sqaure, the Rocca castle, San Rocco, The Chiesa dei Cancelli, and the garden of the Library are going to be the scenario of both professional and amateur musicians proceeding from all over the world.

In the pdf, the complete program. 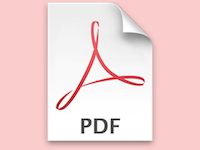